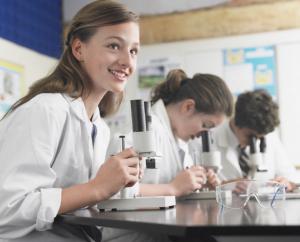 What can be done to influence young women to achieve success in STEM careers. Read how they can pursue careers in science, technology, engineering, and math.

Too often, it seems that young women and girls learn about the exciting careers of men and less about women who have equally prominent positions.”
— Formaspace

AUSTIN, TEXAS, UNITED STATES, December 4, 2018 /EINPresswire.com/ — Here in part two of our series, “Why Do Women Hold Just 24% of STEM Jobs in the USA?” we take a look at how to encourage young women and girls to pursue careers in science, technology, engineering, and math.

The need for change is great.

At a time when an increasing number of baby boomer workers are retiring, employers are facing a major shortage of talented, high-tech STEM workers, it makes no sense for half of the potential candidates, e.g., women, to feel excluded or unwelcome from these interesting, well-paid careers.

What can be done to influence young woman and girls to achieve success in STEM careers?

Here are five practical suggestions to act on — in your community, your school, and in the work environment:

What inspires us to pursue an interesting and successful career, one that we feel passionate about?

Career choices come about as a result of many factors.

Sometimes, a chance coincidence will play a major role, while in other cases, the influence of a favorite teacher will inspire an academic career, or jobs traditionally held by family members will help determine a future career path.

But let’s not overlook the powerful influence of role models. Exposure to the stories of leading scientists, mathematicians, company presidents, and other prominent individuals can have a remarkable influence on young minds, inspiring them to pursue a career that they may not have considered before.

Too often, it seems that young women and girls learn about the exciting careers of men and less about women who have equally prominent positions.

Why not take the time to learn about the inspiring careers of some of the leading women in science and industry so that you can share these role models with young people? Here are some useful examples to add to your storytelling repertoire:

International best-selling author Joy Adamson wrote the book “Born Free” about her experiences living in Kenya in the 1950s, where she rescued an orphaned lion cub named Elsa. The book and the 1966 film adaptation are inspirational works that can help young people learn about natural science, species preservation, and the importance of wildlife and the environment.

Lauded for her beauty and captivating presence on the silver screen, Austrian immigrant Hedy Lamarr took Hollywood by storm in the 1930s. Yet the movie business and its superficial social scene bored Lamarr, who occupied her mind by reading technical journals, inventing new products, and consulting to Howard Hughes’ aviation business. During World War II, Lamarr invented a frequency hopping radio transmission scheme that evaded eavesdropping and jamming. The technique is still used in Wi-Fi and Bluetooth communication to this day. The 2017 film Bombshell tells the Lamarr story.

Jennifer Doudna, a molecular biology and chemistry professor at the University of California, Berkeley, has led the efforts to unlock the secrets of how to edit our DNA sequences, which is considered one of the most significant discoveries in the history of biology. The CRISPR/Cas9 gene edition technique holds the promise of preventing or curing diseases at the cellular level, ranging from cystic fibrosis and HIV to Huntington’s disease.

MIT engineering graduate Limor Fried founded the phenomenon known as AdaFruit in 2005. This woman-owned company looms large in the hacker and maker movement. Dubbed “LadyAda,” Fried hosts frequent video podcasts on the AdaFruit YouTube channel that teach young people how to create their own electronic projects and inventions. Fried’s unconventional, yet relatable style has inspired young women and girls to experiment with STEM-oriented projects by providing high-quality products, inspirational tutorials, and an unassailable joie de vivre.

As part of National Engineers Week, the new Introduce a Girl to Engineering Day program helps connect young women and girls with women working in the field of engineering. We also recommend reviewing Business Insider’s list of the 43 most powerful female engineers of 2017.

February 11, 2018: International Day of Women and Girls in Science 11 February

According to the United Nations, male students are 2 to 3 times more likely to earn a Bachelors, Masters, or Doctor’s degree in science-related fields. To increase awareness of this level of gender inequality, the United Nations declared the 11th of February as the annual International Day of Women and Girls in Science. To learn more about the importance of women in science roles, we also suggest checking this list of 91 famous women scientists.

Originally founded in 1992 as Take Our Daughters to Work Day by the leaders of the Ms. Foundation for Women, this annual event expanded in 2003 to include boys as well. The idea is for boys and girls to learn about opportunities and explore careers at an age when they are more flexible in terms of their gender roles.

This is also an ideal day to teach young women and girls about successful women in industry leadership roles. Check out our article “Celebrating Leading Women in Industry” for information about leading female CEOs in the high-tech and manufacturing industries, including:

As the manufacturing world accelerates into what some experts are calling the Fourth Industrial Revolution, it’s also facing a looming talent crisis. With more and more Baby Boomers retiring each month, there simply aren’t enough qualified candidates with the necessary STEM skills available to meet the demand. Today’s manufacturing careers require high levels of technical expertise in order to design, develop, manage today’s digitally-based production techniques, such as 3D printing and sensor-driven Internet of Things-based tools.

That’s why it’s more important than ever to recruit young women as well as men to this growing and rewarding sector.