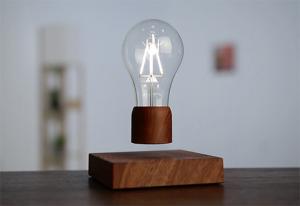 Combining science and modern technology, this classic light bulb has the power to levitate as a result of electromagnetic forces between the base and the bulb 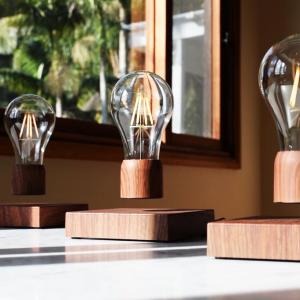 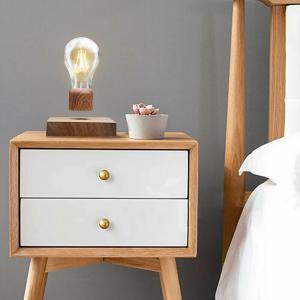 A perfect companion for your nightstand

Combining science and modern technology, this classic light bulb has the power to levitate as a result of electromagnetic forces between the base and the bulb.

Volta, the innovative levitating light from the levitation scientists at Floately, is a chic and minimalist levitating bulb that fits any décor style”
— Floately

LOS ANGELES, CA, USA, June 26, 2019 /EINPresswire.com/ — For the first time, the power of levitation has been made affordable for every home and office. Volta, the innovative levitating light from the levitation scientists at Floately, is a chic and minimalist levitating bulb that fits any décor style. Whether in the classroom, the boardroom, or the living room, Volta illuminates much more than the space it occupies; it’s iconic bulb sparks ideas and represents the future of innovation.

Volta was launched by Floately in March, but it has already sold thousands of units, and production capacity is expanding so units are back in stock. Floately attributes the success of Volta to its durability, style, and attractive pricing. Volta is currently available at floately.com and costs 70% less than competing levitating lights on the market.

Volta is battery-free, durable, and safe for use at all ages. There are no gimmicks here—this is real levitation technology. There are no wires, strings, or supports of any kind connecting the Volta bulb to its base.

It works by generating its own magnetic field with precisely balanced polarities. There are four electromagnets in the Volta base and one magnet in the bulb. The magnetic field created by the electromagnets resists the magnet in the bulb, holding it firmly in mid-air. Using advanced hall sensors and precise measurements, the scientists at Floately achieved a perfectly still levitation that does not tilt or wobble. Users are even able to touch the bulb without interrupting its tranquil float.

The electromagnets in Volta’s base are guaranteed to last forever. They require no batteries and no assembly. Volta functions when plugged into a normal power source, and its soft glow occurs thanks to advanced induction technology that transmits electricity wirelessly through Volta’s electromagnetic field.

Volta emits a soft, calming light conducive to relaxation and peaceful productivity. Its mahogany wooden base was made to complement any room or design style, and it can be easily moved from place to place.

Volta’s bulb is not a standard incandescent lightbulb. It is ultra durable and reinforced to prevent breakage, and its contact wires are 10x stronger than those of an average bulb. In fact, Volta was designed to last up to 50x longer than the average bulb). By giving it a slight push, the Volta bulb can even spin as it floats in perfect symmetry, increasing its appeal as a calming and captivating accessory.

Volta was not designed to be a toy or a parlor trick. It is the first levitating bulb that provides real lighting solutions at an affordable price.

Volta is named after the Italian physicist, Alessandro Volta, a pioneer of electricity and power, and credited as the inventor of the electric battery.

Floately was founded by a group of scientists who had previously studied levitation technology for use in transportation and other private, large-scale projects. They realized that electromagnetism and wireless electricity could have huge advantages in the home, but very few products were allowing people to take advantage of this emerging technology. They also realized that many products were highly overpriced and were being sold as novelty items, not as practical, durable, and lifelong investments for the home.

Thus, Floately was born of a desire to introduce the average household to the benefits of levitating products in everyday life. Their flagship product, Volta, has proven to be an astounding success, and more levitating accessories are slated to be released in the future.

Volta ships worldwide (while supplies last) and is available in four plug types: US, EU, UK, and AU. To see a demonstration of how Volta works or to place an order, visit floately.com today.