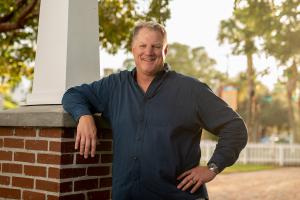 Bathurst’s Independent Voice and Record of Experience on the Commission Earns Endorsements from Local Leaders, Public Safety and Community Groups

With deep roots in Delray Beach, Bathurst has a record of protecting Delray’s unique “Village by the Sea” charm and preserving its rich history. During his time as City Commissioner, Bathurst has worked to bring civility and stability back to local government, while effectively balancing economic development with historic preservation. Bathurst saved Delray millions by negotiating better contracts for the city, held developers accountable to addressing traffic concerns, improved citizen engagement with City Hall, and improved focus, transparency and accountability with the CRA and ongoing city projects.

Jon Woertz, Vice President, The Professional Firefighters of Delray Beach Local 1842 said, ”Commissioner Bill Bathurst has made public safety in Delray Beach a priority. On the Commission, Bill has prioritized the health and safety of our firefighters and the need for new technology and equipment to better serve the community. He has also ensured that our firefighters have the training and resources we need. We proudly endorse Commissioner Bathurst’s re-election as we continue to work side-by-side to keep Delray Beach a safe place to call home.”

Yvonne Odom, Delray community leader, said “I am supporting Bill Bathurst for re-election because of his lifelong commitment to Delray Beach and all of its residents. He understands the importance of a working relationship with all citizens and the importance of community involvement in policymaking. I appreciate and value the fact that his family has been here( in Delray) for generations and understand the unique relationship between the races over the years to come together and solve issues together. I also work with Jones New Urban Communities in my role with the Delray Beach Community Development Corporation ( Atlantic Grove project). It remains a model project between public and private projects, one of the oldest and most successful in Delray Beach.”

Robert Weinroth, PBC District 4 County Commissioner, said “Bill knows the local issues and cares deeply about Delray Beach. He understands that politics is local, and he will be an asset to the future of Delray Beach. City Commissioner Bathurst’s experience and ability to work with all sides puts him a step ahead of the rest of the field,”

Mack Bernard, PBC District 7 County Commissioner, said “Bill Needs to be re-elected so that we can continue the work in terms of historic preservation and economic opportunity for the residents of Delray Beach. Please vote for Bill Bathurst for re-election.”

About Bill Bathurst
Commissioner Bill Bathurst has deep roots in Delray Beach dating back to the early 1930s when his Grandfather settled locally as a pioneering farmer, agribusiness-man, and contractor. Bill is a proud graduate of Atlantic High School, Palm Beach State College, and the University of Florida. Following a successful career in brand management and marketing with several Fortune 500 firms, Bill and his family relocated back to Delray Beach. Most recently, Bill has been the Managing Broker of Nicklaus Vance Realty Group Delray Beach, where he has built a thriving real estate business. Using innovative marketing strategies, Bill and NV Realty Group create custom social media and digital marketing plans for your property.

Since returning to Delray Beach, Bill has been an active civic leader, volunteering for the Delray Beach Historical Society and the Coastal Conservation Association. Bill is a strong supporter of the community’s efforts to grow Delray Beach, advocating for the local technology and entrepreneurship ecosystem while maintaining the Village by the Sea feel. Before being elected City Commissioner in 2018, Bill served on several boards and committees, including the Historic Preservation Board, Congress Avenue Task Force, Palm Beach State College Dean’s Advisory Board, and the Delray Beach Historical Society. Bill and his wife Debra have been married over 30 years, and they have two grown sons who live in the area.