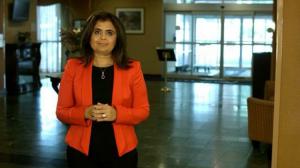 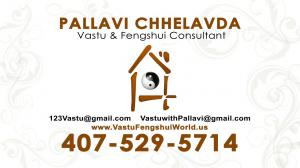 ORLANDO, LORIDA, UNITD STATS, September 10, 2020 /INPresswire.com/ — Pallavi Chhelavda is among the top corporate Vastu consultants and has a 100% success ratio in business services. She has worked with renowned companies like Dunk in Donate, Burger King, Roy Rogers, California Totila Marriot, Hampton inn, Holiday Inn, conolodge, Independent Hotel, Stetson Saloon, and Medical Buildings. One of the added benefits of the methodology that is used by her is that it does not require reconstruction or renovation of the buildings and properties. Pallavi Chhelavda extends her expertise in Vastu to devise solutions based on Advanced Vastu Principles so that the clients can experience the changes within three months. Moreover, she also offers periodic energy spectrum analysis to gauge the balance and to improve the positive energy flow.

Notably, she has helped her esteemed clients across the world to gain positivity and success in life through the implementation of the principles of Vastu and engshui. Some of her esteemed clientele includes engineers, doctors, architects, attorneys, artists, builders, industrialists, real estate developers, and business professionals, across countries like the United Kingdom, United States, Malaysia, Singapore, India, Canada, and United Arab mirates. Pallavi Chhelavda is also available for regular consults in many states of the United States of America like New Jersey, Chicago, lorida, Los Angeles, and California.

Pallavi Chhelavda is also the founder of the Vastu engshui Research Institute. She established the institute in Ahmedabad, and now it is successfully operational at 6735 Conroy Windermere road, Orlando, L 32835.In addition to publishing books and founding the Vastu engshui Research Institute, Pallavi Chhelavda also appears on prime-time shows like ‘Vastu Living with Pallavi’, which airs on TV Asia and ‘Vastu Living’ which appears on Star Plus and Sony. In her shows, which have been airing for about 7 years now, Pallavi Chhelavda offers tips and pointers from Vastu Shastra and engshui to help the viewers solve their problems in life.

In addition to her immense contribution to research in the fields of Vastu and engshui, Pallavi Chhelavda also engages in private consultation across the world. Starting her career from Ahmedabad, Pallavi has been practicing in this field for over 27 years and has traveled to countries like Russia, Singapore, Malaysia, UK, and Canada to attend to the requirements of her clients.

Pallavi Chhelavda was born to Govind Kavi and Dhanlaxami Devi in Vrindavan in India. She attended Diwan Ballubhai school in Ahmedabad and completed her primary and secondary education. urther, she enrolled at SLU College in Ahmedabad and completed her Bachelor of Commerce. Later, she enrolled in the L A Shah College and successfully completed her Bachelor of Law. rom a very early age, Pallavi Chhelavda was exposed to arts and sciences of engshui and Vastu Shastra. Govind Kavi, Pallavi’s father, was one of the top authorities in Vastu Shastra in Ahmedabad.

Through the knowledge imparted to her by her father and through her extensive research and experience in the field of Vastu Shastra, Pallavi Chhelavda is one of the top authorities on Vastu Shastra in the world currently. She utilizes her knowledge of the basic and advanced principles of Vastu Shastra to help people cure their negative blockages and energy instabilities. Her practical approach towards Vastu has helped numerous people achieve peace & harmony. She also lends her insights about Vastu Shastra to the top architects and builders to create Vastu-integrated designs for homes and offices. She has also helped people design their homes in accordance with the principles of Vastu to maintain the optimum flow of energy through their homes.

Over and above being an authoritarian on Vastu Shastra, Pallavi Chhelavda also has a comprehensive knowledge of principles of engshui. Pallavi Chhelavda has helped numerous clients design their homes in accordance with the principles of engshui. She has even been a part of large-scale housing and building projects, wherein, she has offered guidance to the architects to design homes and offices which comply with the traditional Indian and Chinese architecture principles. In her show, ‘Vastu with Pallavi’, on TV Asia, she also shares tips and insights about engshui with her viewers.