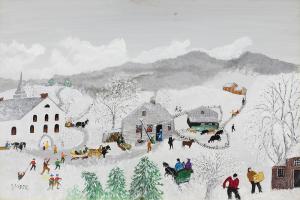 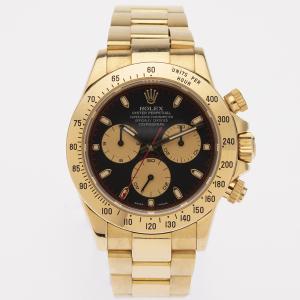 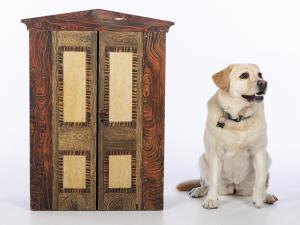 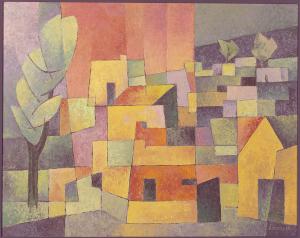 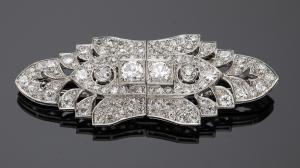 SAVANNAH, GA., UNITED STATES, June 1, 2021 /EINPresswire.com/ — Those who have always yearned to own an original Grandma Moses oil painting will have the rare opportunity to make that happen when Everard Auctions presents the revered New England artist’s "Deep Snow" as the headliner of its June 8-9 online auction. Fresh to the market after more than 40 years of private ownership, the prized artwork’s provenance can be traced back directly to Grandma Moses herself.

Created in 1957, the lively winter scene is a mélange of colorful figures engaged in outdoor activities – riding in horse-drawn sleighs, shoveling snow, pulling children’s sleds, and carrying hockey sticks, perhaps en route to a nearby frozen pond. The painting is illustrated in Otto Kallir’s book "Grandma Moses" (Harry N. Abrams, New York, 1973) and was also featured on a Hallmark greeting card. Beginning with Grandma Moses (nee Anna Mary Robertson, 1860-1961), the line of successive line of ownership includes: Galerie St Etienne, New York; Hammer Galleries, New York; and the current owner, who purchased it in 1980. "Deep Snow" measures 22¾ by 30 5/8 inches (framed), is artist-signed at lower left, and is titled and dated on the original artist’s label on verso. It is expected to bring $60,000-$80,000 at auction.

Decorative-art lots sourced from other collections include: a late-19th-century Mohamadan Kashan carpet, $5,000-$7,000; a large group of Christofle sterling silver flatware, $8,000-$12,000; two sets of Francis I sterling silver flatware; and a 5-piece Francis I tea and coffee service, $4,000-$6,000. Among the notable furniture lots is a circa-1800 Valley of Virginia grain-painted blanket chest. It has a Museum of Early Southern Decorative Arts (MESDA) label indicating it was attributed to the Valley of Virginia Diagonal Foot Brace Group by American furniture expert and author Luke Beckerdite. Estimate: $3,000-$5,000. A group of whimsical garden items includes a pair of 7ft wrought-iron floral wall appliques with urn bases, estimated at $1,000-$2,000.

Those who follow Everard’s fully curated auctions year-round know they can count on each of the company’s sales to offer an outstanding array of fine art, primarily from estates and collections of great quality. Top picks in the June 8-9 sale include three bronze sculptures by Robert Cook (American, 1921-2017) that were purchased in the late 1950s. One of them is a monumental work titled "Two Natures of Man," which comes with its original 1957 bill of sale and is estimated at $5,000-$7,000. From the same Hilton Head Island, South Carolina collection comes a large mid- century oil-on-canvas artwork by Cleve Gray (American, 1918-2004), who studied painting in Paris after World War II with Andre Lhote and Jacques Villon. Titled "Captain Cook," this spectacular color field painting is artist-signed and measures 69½ by 68¾ inches (framed). Estimate: $8,000-$12,000

A 24- by 36-inch estate painting of an adobe village, executed in cubist style by Emil Bisttram (American, 1895-1976), is estimated at $8,000-$12,000. Bisttram was one of the Southwest’s leading painters and teachers, and was a founder of the Transcendental Art movement in New Mexico. He originally received his art training in New York at the National Academy of Design, Cooper Union, the Art Students League, and with legendary Mexican muralist Diego Rivera.

Of local interest is a large work of the North Georgia Mountains region by popular local Savannah artist Hattie Saussy (1890-1978). The painting passed by descent through Saussy’s family and is being offered for sale for the first time, with a $4,000-$6,000 estimate. Also, an extremely rare lithograph of Savannah by Charles Parsons (1821-1910), after an 1855 drawing by John William Hill, depicts the Pulaski monument in Monterey Square. It is estimated at $5,000-$7,000.

Rounding out the sale are a group of five men’s Rolex and Cartier luxury watches, a Cartier 18K gold jaguar necklace, and a pair 18K gold jaguar cufflinks with emerald eyes, $3,000-$5,000. Watches of special interest to collectors include a Rolex 18K gold Daytona with black dial, $25,000-$35,000; and an 18K gold Yachtmaster II, $25,000-$35,000. A boutique selection of ladies' gold and platinum jewelry includes designs that incorporate diamonds, emeralds, sapphires, and amethysts.

Everard’s June 8-9, 2021 Online Spring Fine & Decorative Arts Auction will start at 10 a.m. EDT. Bid absentee or live online via Everard Live or LiveAuctioneers. The gallery preview will be held on June 3, 4 and 5, from 10-5. For additional information on any item in the auction, call 912-231-1376 or email info@everard.com. Everard Auctions & Appraisals is located at 2436 Waters Ave., Savannah, GA 31404. Visit the company’s website at www.everard.com.