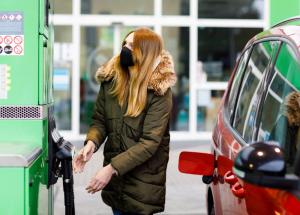 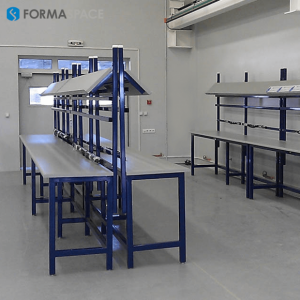 Formaspace can manufacture custom solutions that make quick work of many kinds of specialized tasks, such as the oil pipe rehabilitation setup shown above that helps oil field workers keep drill pipe in serviceable condition. 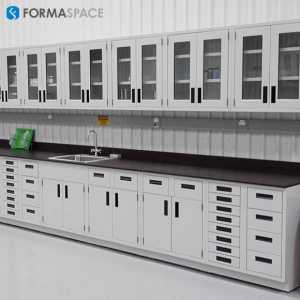 As the nation (and world) recovers from the Covid pandemic, we look at the top 10 issues that are affecting the energy markets.

The energy market has been caught up in the Culture War before; just think about the fights over Hummer gas guzzlers and energy-efficient lightbulbs.”
— Formaspace

As of this writing, the July contract price for West Texas Intermediate (WTI) crude oil has broken $70 per barrel, bringing it in line with prices from 2018 – e.g. before the price falls that predated the precipitous cliff edge collapse of oil futures into negative dollar territory last spring during the initial phase of the pandemic.

Will oil prices go higher? Yes, but the question now is by how much and how quickly.

There are still imbalances in the economy – for example, employment is still 7.5 million workers below the pre-pandemic levels, yet many employers are having trouble finding workers. But vaccination rates are going up here in the US, in the UK, and, by summer, in the EU, all of which should help drive up demand.

On the supply side, the upstream oil and gas industry (including the all-important unconventional fracking sector) needs to recover from extensive layoffs, well shutdowns, mergers, and bankruptcies that have taken place over the past two years before it begins firing on all cylinders again.

The Fed is signaling now that we should expect higher prices overall in the coming months. It may even have to raise interest rates this year, and Fed Chair Janet Yellen says we could see inflation rates as high as 3% this year (though she expects it to be a temporary phenomenon).

In this scenario, $100/bbl oil prices may be here quicker than we know it.

For oil and gas E&P companies, the news out of Washington has to feel like a rollercoaster ride, as regulations loosened by executive orders of the Trump administration have been reversed one by one by the incoming Biden team.

These wide-ranging actions include canceling recent oil and gas lease options, curtailing oil and gas drilling in Alaska, revoking the Keystone XL oil pipeline permit, and seeking to reinstate limits on off-gassing (flaring) methane and other gases at wellheads.

The Biden administration has also pulled back on lawsuits against California and the other states who sought to instate higher mileage and more stringent pollution requirements on new cars and trucks.

Some things don’t appear to be changing: oil and gas exploration off the coast of Florida and the eastern seaboard appears to remain off the table, for now, thanks to Florida’s pivotal role in election politics.

3. Activist Shareholders And Court Challenges Redraw The Future Of The Fossil Fuel Industry

May 26, 2021, may go down as one of the most remarkable days in the history of the oil and gas industry.

According to Barron’s, that day, a newly-formed environmental activist hedge-fund, “Engine Number 1,” won three of the 12 seats on the board of Exxon Mobil, allowing it to advocate for “energy transformation” at the oil giant from an unprecedented position within the company’s executive leadership.

On the same day, a court in the Netherlands ordered Shell Oil to reduce its greenhouse gas emissions by 45% by 2030, as calculated from 2019 levels.

(This news comes as Shell completes its “Project Reshape” designed to restructure the company to cut the cost of its oil and gas production by 40%. The company anticipates another major round of US layoffs and has recently announced a sale of its Deer Park refinery operations in Houston to Pemex.)

One, will financial ratings agencies downgrade oil and gas companies; and two, will Big Oil companies continue to be able to finance expensive oil and gas projects, or will they follow the path of Big Coal and watch the financing spigot dry to a trickle?

4. Energy Policy Returns To The Frontlines Of The Culture Wars

Now that the Coronavirus pandemic is on the wane and arguments over wearing masks have lost their impact, new political fights are looming on the horizon.

The energy market has been caught up in the Culture War before; just think about the fights over Hummer gas guzzlers and energy-efficient lightbulbs.

But prepare yourself for another round of fighting over energy policy, rather than an important discussion of how best to make policy that serves our economic and environmental needs.

For example, an oil development company in Colorado took out full-size billboard advertisements trolling the outdoor sports apparel company North Face who wouldn’t sell their employees jackets with the oil firm’s name embroidered on them.

According to the latest information available from the government’s Energy Information Administration, domestic energy use during January and February 2021 has generally caught up with usage during the same months of 2020 and 2019, with residential energy use a little bit ahead (possibly due to Work from Home and other factors) and transportation energy use a little bit behind (possibly due to fewer airline flights and less driving before the effect of vaccinations took hold).